This year, JDRF is excited to shine the Kids Walk Student Spotlight on two fantastic students! Read on to see how they raised big dollars for T1D research and had lots of fun along the way! 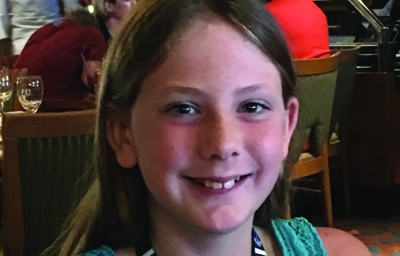 Raygan is a 5th grader at Mountain Island Charter School in North Carolina. Four years ago, Tracey Bowman-Moses began leading Kids Walks at the school in honor of her son Elijah who has type 1 diabetes (T1D). This year, Raygan asked Tracey if she could speak to the school about what it’s like to watch her brother live with this disease.

Raygan was two years old when her then eight year old brother Jake was diagnosed with T1D. Raygan says, “It’s hard to watch Jake go through everything he has to go through. It’s hard to see the ups and downs. I am always a little scared for him. I try to understand what he feels and what he goes through. I don’t want to see him in pain.”

When Raygan gave her speech she was nervous, but excited to share her experience with T1D as a sister. It was awesome to have her brother by her side as she spoke. Jake, who is now in 11th grade, was there to show his support and share his perspective on life with T1D. Raygan and Jake’s mother, Allison, says it was clear that the speech helped students understand why they were about to raise money for two weeks. They saw that T1D is a REAL thing. It really hit home when Jake told them that if he didn’t wear the pump, he would have to give himself about eight shots a day!

What was the result of this dynamic-duo presentation? Raygan raised $726, her class raised $2,600—and the whole fifth grade raised $3,800 in total!

Jake was moved by his sister’s efforts, “It was really awesome how she got all of her friends involved. It’s honestly really inspiring… it made me feel special to know that she actually cares.” Allison says that she really loves how JDRF brings together the T1D community, “When we see someone with a JDRF [logo] on their bag or car, we have to stop them and say hi…Our family loves being a resource for those that are just starting on this whirlwind road.”

Raygan, we applaud your bravery and your passion for serving your brother and others. Thank you for all you do for JDRF! 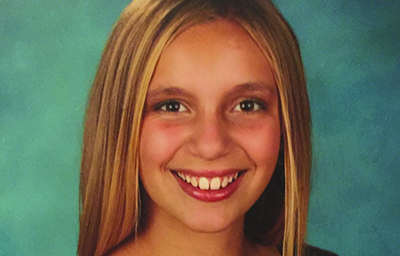 Macy is a sixth grader at Samuel Mickle Elementary School in New Jersey. At the age of 12, she has raised over $4,000 for JDRF Kids Walk. Thirteen percent of the $30,500 raised by the school since it started hosting Kids Walks four years ago is thanks to Macy.

Macy’s personal connection to type 1 diabetes (T1D) certainly drives her efforts. Her cousin Kennedy was thirteen years old when she was diagnosed and she managed the disease very well. Sadly, something went very wrong and Kennedy unexpectedly passed away from ketoacidosis the following year. This was a shocking tragedy to the family, friends, and community. It still is. T1D got very real, very fast to those that loved and knew Kennedy. That was six years ago.

So what does raising $4,000 for T1D research look like? It looks like a team effort of Macy running a bake sale and educating donors about T1D, while her mother Tina is holding a garage sale. It looks like Tina driving Macy door-to-door every day for two weeks, so Macy can reach out to their community to help make sure that what happened to their family doesn’t happen to another. It looks like Macy taking the time to draft a message for her mom to share on Facebook, asking for support. It looks like Macy, standing in front of adults and peers sharing why she is passionate about JDRF at a scholarship ceremony in honor of Kennedy.

Diane O’Malley is the school coordinator for Samuel Mickle and she raves about Macy being a team player who is determined to make the Kids Walk about the entire school’s success, not just her own. Macy says that the fact that her school takes part in Kids Walk “means a lot, because I know some students don’t know much about diabetes or why we support it, but they are still helping me.”

Macy, we applaud you for your heart of gold! It’s not easy to share a story like this, but it truly makes a real difference. Thank you for the caring, phenomenal work you do for JDRF!

Sign up for your school’s Kids Walk to Cure Diabetes!
Find your school by first selecting your state:

Get your school involved in Kids Walk to Cure Diabetes!

REGISTER
YOUR SCHOOL
OR GET MORE
INFORMATION

Earn a chance to win an Xbox One™, bike, or GoPro®!

Our first spotlight is Carl A Furr Elementary School. The 2016-2017 school year marks their third year of participating in the JDRF Kids Walk program and they’ve raised a total of $28,520 for T1D research! “Kids not only get a chance to learn about T1D, but they dispel myths and see kids with T1D are just like them. I love the support and the spreading of awareness and passion… a cure will never come unless we have the right people motivated to find it.”

MORE ABOUT THIS SCHOOL